England fans have taken to social media to slam another batting collapse from their side as they succumbed to a nine-wicket defeat in the opening Ashes Test.

The visitors began day four in Brisbane with Dawid Malan and captain Joe Root approaching their centuries and the team well placed at 220 for two, trailing the hosts by just 58 runs.

But England’s No 3 became Nathan Lyon’s 400th Test wicket and the skipper also departed within the first hour, sparking a collapse that saw them lose their final eight wickets for just 74 runs before lunch. 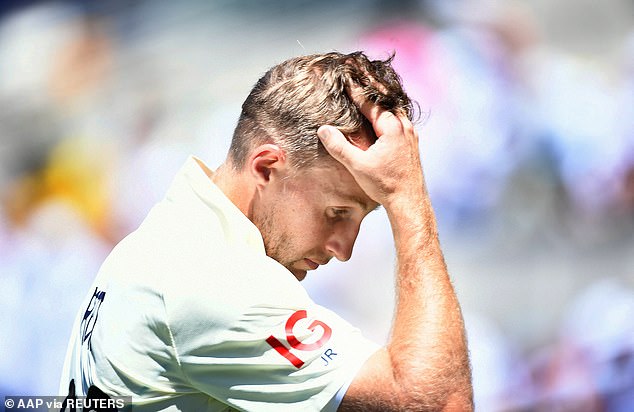 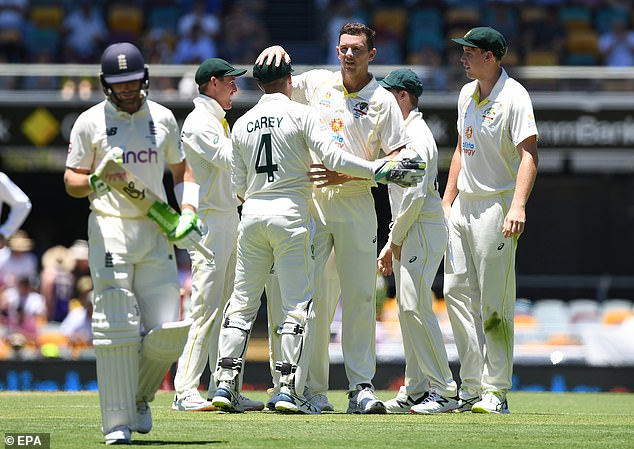 All-rounder Chris Woakes was the final wicket to fall as England were dismissed for 297, leaving Australia needing just 20 runs to win the first Test, which they knocked off within six overs.

And supporters were left raging with the batting performance from Joe Root and his men, with one writing: That’s a classic England collapse. Hand the Ashes to Australia now.’ 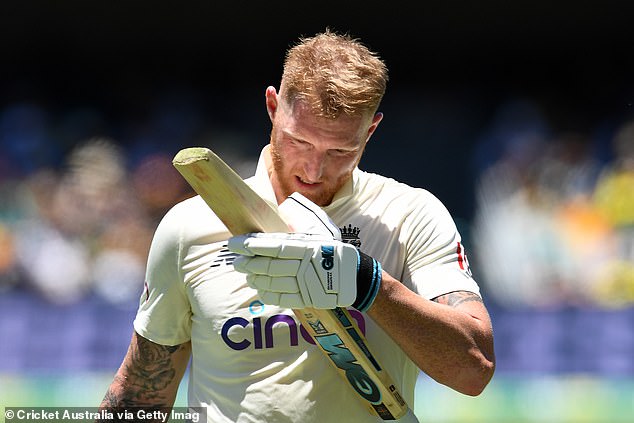 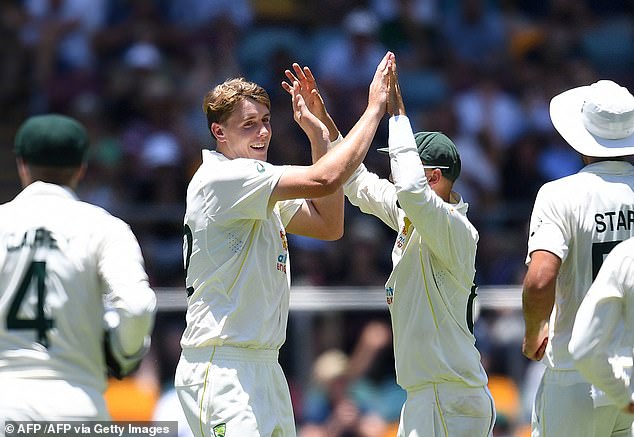 Another user went along similar lines, posting: ‘This is some collapse, even by England’s standards,’ while BBC commentator Alison Mitchell tweeted: ‘The collective batting woes all too much of a familiar story.’

Other fans did not stay up during the night to watch the batting collapse but were not surprised to see what had happened, with one adding: ‘Waking up to the headline ‘England collapse* isn’t what I expected yet I’m not surprised.’

England skipper Root lamented his side’s inability to capitalise on the fightback he led with Malan on day three by failing to get through the second new ball which Australia took shortly after Ollie Pope was dismissed by Lyon.

Eng lose 8 for 77 on day 4. The collective batting woes all too much of a familiar story. #Ashes #AusvEng

Ben Stokes, Jos Buttler, Ollie Robinson, Mark Wood and Woakes were the other scalps claimed by the Australians in England’s second innings.

‘We worked really hard to get ourselves back in the game last night and we knew how important it was to try and get through to the new ball unscathed,’ Root said.

‘If we carried that partnership forward we could have given ourselves an opportunity. You saw how the pitch was playing, there was sideways movement and the cracks were appearing.

‘It’s a shame we couldn’t get through that initial period.’

England will now look to bounce back in the second Test match – a day/night match in Adelaide –  which begins on Thursday.

Waking up to the headline
“England collapse* isn’t what I expected yet I’m not surprised.#Ashes2021

This collapse from England is embarrassing 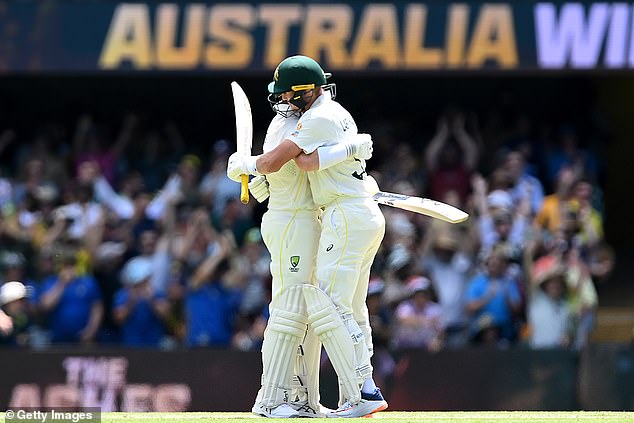