Folarin Balogun studied Ian Wright as he came through Arsenal‘s academy and is now ready for the next challenge after opening his account for England’s Under 21s.

‘It was obviously nice to be compared to a club legend by Martin,’ Balogun said. ‘What Ian’s done for Arsenal is amazing, what he’s done in his career is amazing. 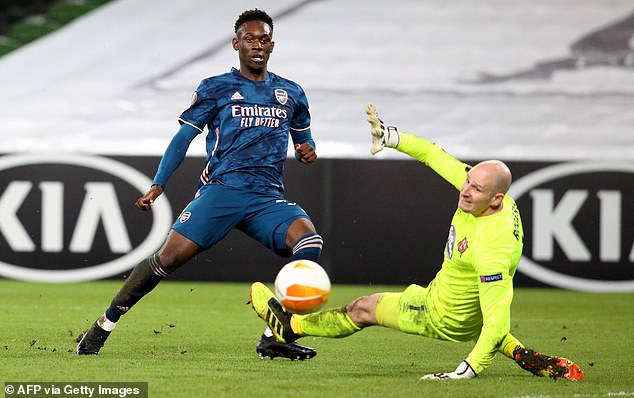 ‘Growing up I looked at Ian Wright, looked at his game, taken things from his game. I’ve just got to carve my own name out like he did.’

Balogun notched on his full debut as England beat the Czech Republic 3-1 at Turf Moor on Thursday night and is vying with Rhian Brewster to become Lee Carsley’s first choice centre forward.

Carsley believes the youngster has outgrown Under-23 football at club level, with a number of clubs circling to take him on loan in January. 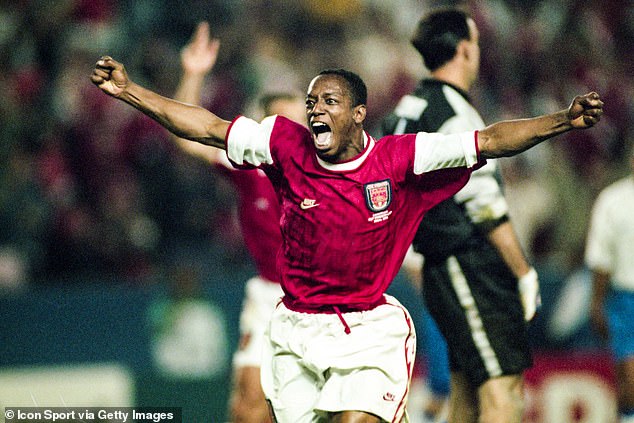 Balogun, also eligible to represent the United States, has put trust in Mikel Arteta to make the right decision for his development.

‘I do feel ready for a new challenge but at the same time I’m not sure what the challenge might be,’ Balogun added.

‘It might be a loan, of course, or if I’m needed at Arsenal, I’m here, and the gaffer knows that as well.

‘He said I should have trust in him and said he had a plan for me. That’s a big reason I did stay and decided to re-sign. 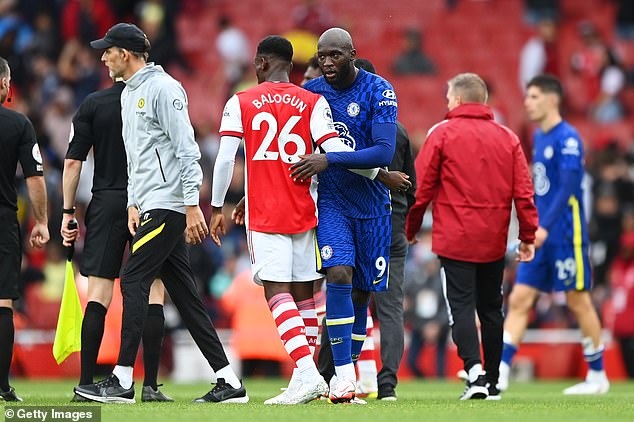 ‘I feel I know that the potential I could have and need to achieve is massive. I haven’t achieved it yet.

‘This time last year Emile (Smith Rowe) was playing Under 23s football, so it just shows how quick things can turn.

‘I speak to Emile and Bukayo (Saka) a lot, they told me to be patient. It would be naive of me to think this process would happen overnight.’