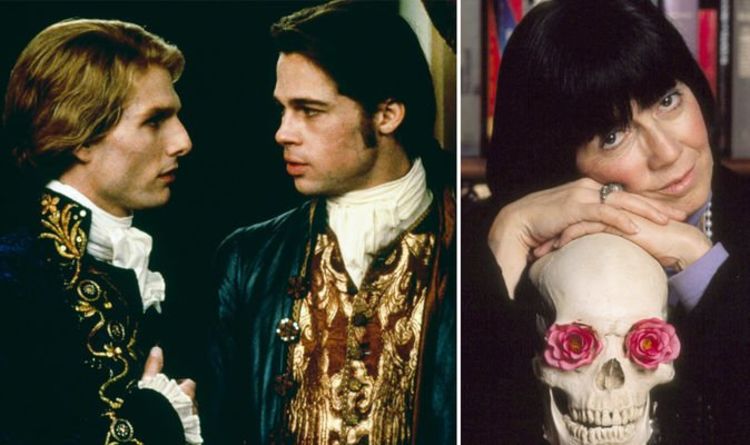 From the moment she was born and christened with a man’s name, Howard, the author was destined to break conventions and challenge the established norms of novels, religion and sexuality. Her books sold over 150million copies and were made into Hoillywood movies, including the adaptation of her most famous story, Interview With A Vampire, starring Tom Cruise and Brad Pitt. Rice had been battling complications following a stroke and died in hospital during the night, with her author son Christopher and younger sister Karen by her side.

In a Facebook post today, Christopher wrote: “Dearest People of Page. This is Anne’s son Christopher and it breaks my heart to bring you this sad news. Earlier tonight, Anne passed away due to complications resulting from a stroke. She left us almost nineteen years to the day my father, her husband Stan, died. The immensity of our family’s grief cannot be overstated. As my mother, her support for me was unconditional — she taught me to embrace my dreams, reject conformity and challenge the dark voices of fear and self-doubt. As a writer, she taught me to defy genre boundaries and surrender to my obsessive passions.”

Christopher continued: “In her final hours, I sat beside her hospital bed in awe of her accomplishments and her courage, awash in memories of a life that took us from the fog laced hills of the San Francisco Bay Area to the magical streets of New Orleans to the twinkling vistas of Southern California. As she kissed Anne goodbye, her younger sister Karen said, “What a ride you took us on, kid.” I think we can all agree. Let us take comfort in the shared hope that Anne is now experiencing firsthand the glorious answers to many great spiritual and cosmic questions, the quest for which defined her life and career.

Rice was born Howard Allen Frances O’Brien on October 11, 1941, in New Orleans. The city would form the integral backdrop to many of her books, and her birth name was representative of her free-thinking mother.

Rice later said of her mother in 1998: “She was a bit of a Bohemian, a bit of mad woman, a bit of a genius, and a great deal of a great teacher. And she had the idea that naming a woman Howard was going to give that woman an unusual advantage in the world.”

On her first day of school, however, little Howard told her teacher her name was Anne. It stuck and was formally changed in 1947.

Anne and her older sister Alice were storytellers at home, inventing fantasy worlds, and both would become successful authors. Their New Orleans childhood was destroyed in 1956 when their mother died of alcoholism and the family moved to Texas when their father remarried. Anne would later struggle with the same addiction.

Anne married her husband Stan Rice n 1961 when she was 19 and he was 18. Their daughter Michele was born in 1966 but would die of leukaemia, aged just six. CHristopher was born in 1978 and both his parents quit drinking the following year.

While grieving Michele, Anne expanded a previous short story into Interview With A Vampire and, after many rejections, the book was published in 1974.

With her writing and personal philosophies based in exploring the edges of human spirituality and sexuality, she soon foudn herself disillusioned with organised religion and publicly renounced Christianity.