Shocking scenes emerged from The Valley on Tuesday night as furious Ipswich Town supporters took it upon themselves to confront John McGreal’s men following their dismal performance against Charlton.

Ipswich had hoped to close the gap on the top six in League One but instead suffered a 2-0 defeat that allowed Charlton to move within a point of them.

The 3,159 Blues travelling supporters were frustrated with their side’s performance, especially given they have won just two of their last 10 matches. 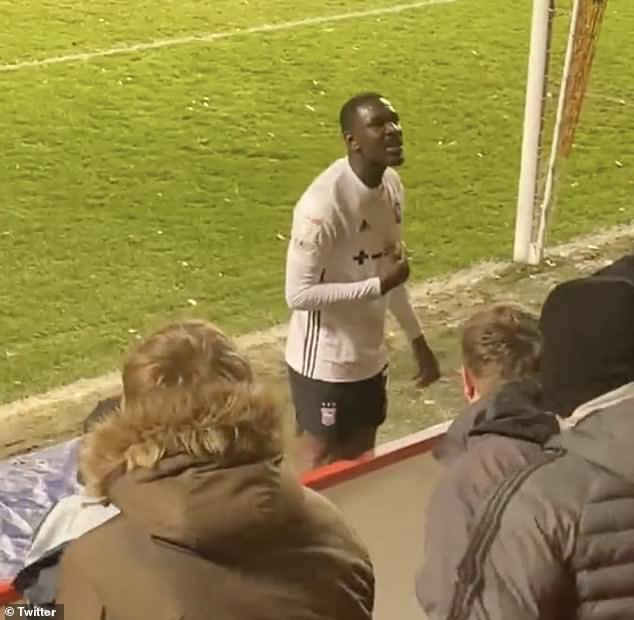 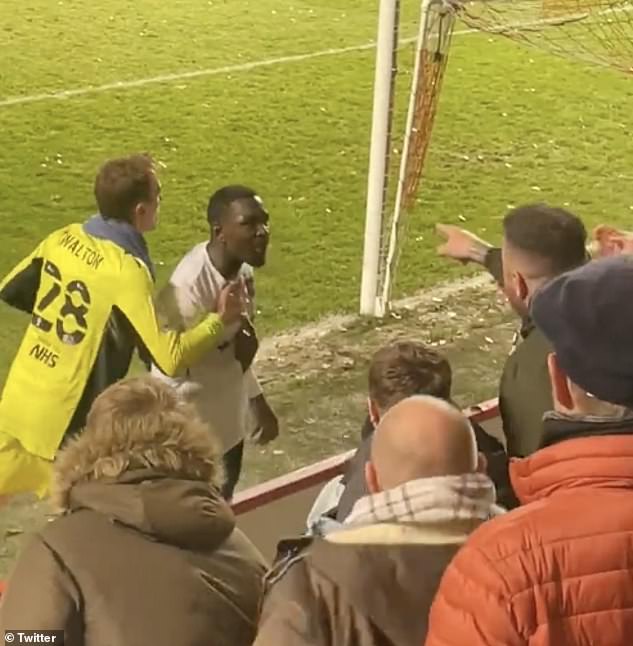 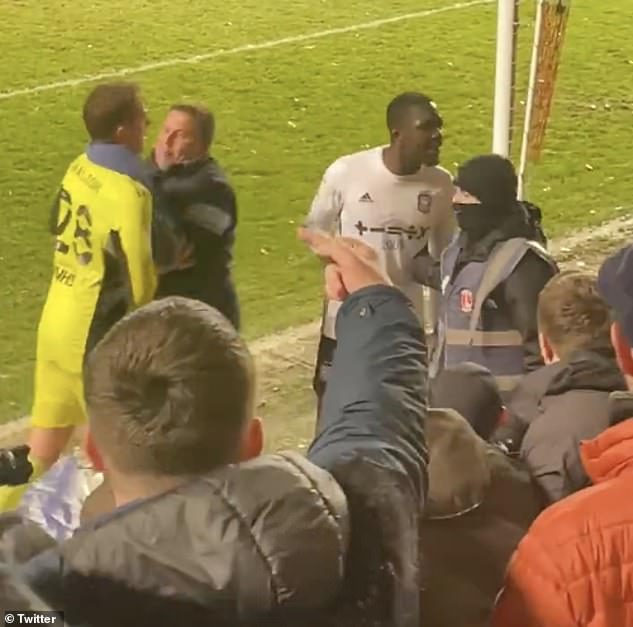 Walton, acting as peacemaker, was then shoved by a fan before stewards eventually reacted

McGreal – who took over as the interim manager following the sacking of Paul Cook – told his players to go over to thank the fans at the full-time whistle.

However, the supporters were not impressed considering Ipswich had failed to muster a single shot on target during the game and allowed Jayden Stockley and Alex Gilbey to score for Charlton.

As a result, the fans in the away end of the stadium threw objects at the players and shouted verbal abuse before stewards arrived to take control.

The fans were heard chanting the following song: ‘You’re not fit to wear our football shirt’.

Various players tried to reason with the fans but that just encouraged more to jump down to confront them. 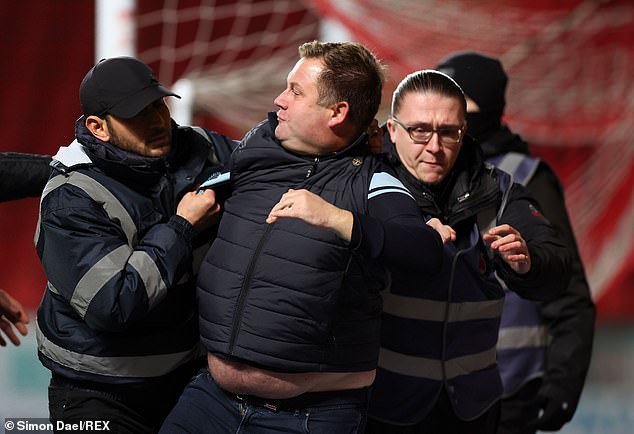 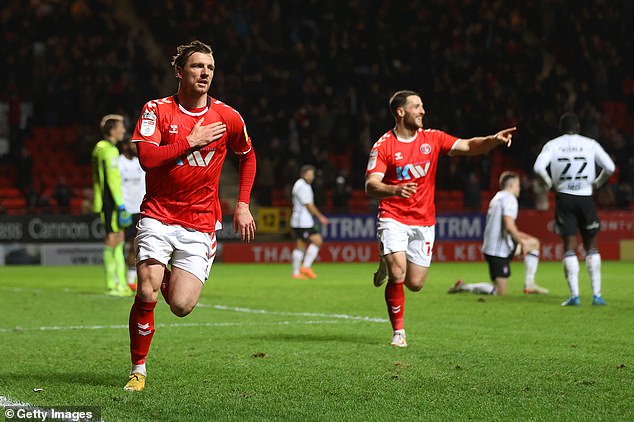 One of those involved in the incident was Toto Nsiala. He was seen trying to speak to the angry fans before being ushered away by goalkeeper Christian Walton.

However Walton, who was acting as peacemaker, was then shoved by a supporter before the pitch invader was then taken away by stewards.

Speaking about the incident after the game, McGreal said: ‘I don’t know what happened. I sent the lads over, as I always do with the fans, because they pay their money. I sent the lads to clap the fans and that’s all I know to date.

‘It’s two weeks before Christmas, they’re putting their hands in their pockets and they come in their thousands for every single away game.’

However, McGreal did admit that the players have ‘got to be better for the fans’ following their defeat to Charlton. 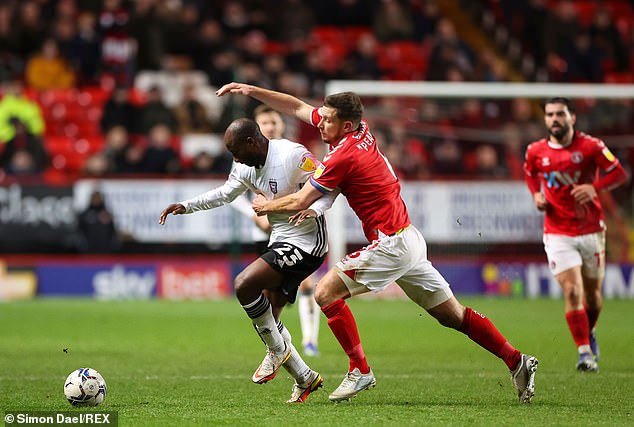 He said: ‘Come Saturday, at Wigan, there will be thousands there again. We as a team have got to be performing better, a lot better.

‘Emotions are high at the moment with the manager going and a couple of results not going the right way. We’ll try and rectify that for the fans.

‘It’s about character now. You’ve got to stand up tall, get your chest out and go again.

‘You’ve just got to take it on the chin and move on. Let’s see what they’ve got come Saturday.’