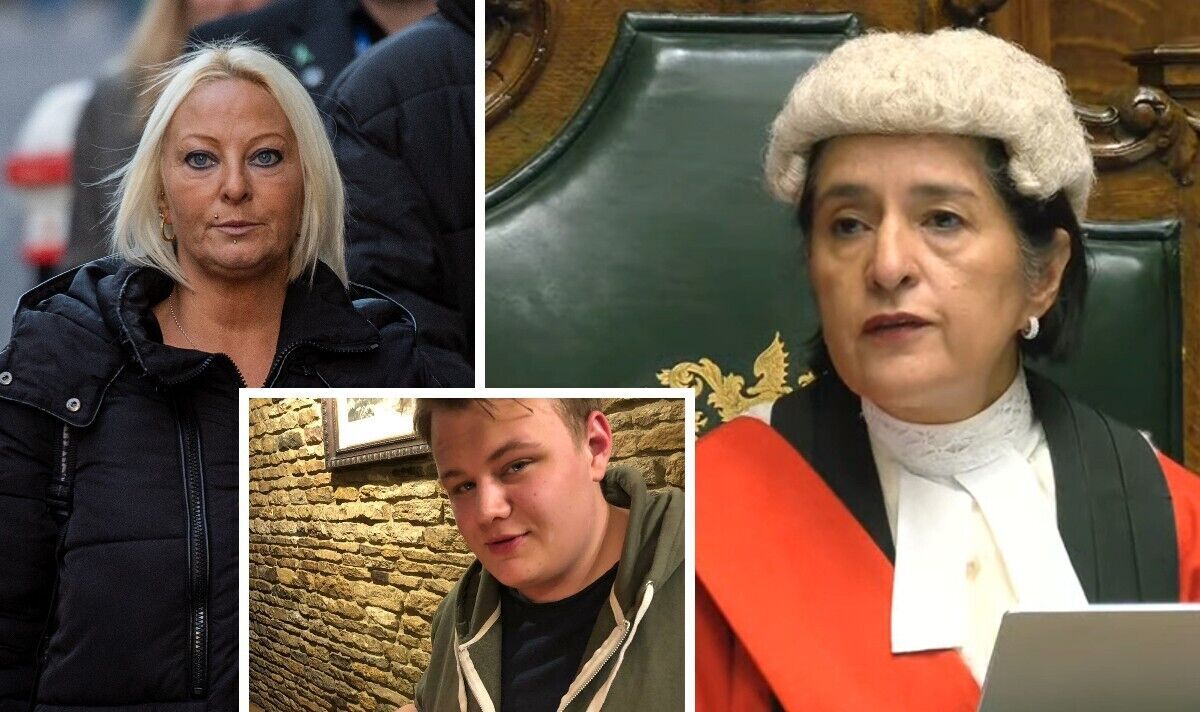 US citizen Anne Sacoolas, 45, has avoided jail after being sentenced to eight months in prison suspended for 12 months for causing the death of British teenage motorcyclist Harry Dunn.

Mrs Justice Cheema-Grubb delivered her judgement in a televised address at the Old Bailey today. In October Sacoolas, 45, admitted to killing Harry Dunn by careless driving outside RAF Croughton in Northamptonshire on August 27, 2019.

She appeared at the Old Bailey via videolink from Washington DC to hear her judgement having been advised by the US government not to attend in person.

After hearing the sentence passed down on her from a court more than 3,500 miles away, Sacoolas left the offices from where she had appeared on camera. She declined to offer any comment when approached by Express.co.uk

Despte the incident that caused Mr Dunn’s death happening in 2019 it was only in October this year that Sacoolas pleaded guilty to causing the 19-year-old motorcyclist’s death by careless driving.

Harry Dunn was killed when Sacoolas drove her Volvo on the wrong side of the road outside American military base RAF Croughton, 19 days later she left the UK for the United States.

Today (Dec 8) she appeared wearing a grey top and cream coloured jacket for the hearing in Court One of the Old Bailey before Mrs Justice Cheema-Grubb.

Earlier, Mr Dunn’s mother Charlotte Charles had said she was left “absolutely fuming” on learning the US government had advised Sacoolas not to travel to the UK to face justice, making the sentence effectively unenforceable.

Speaking in a packed Court One of the Old Bailey, Mrs Charles wept as she said: “Harry just disappeared out of my life that night, shattering my existence forever.

“His passing haunts me every minute of every day and I’m not sure how I’m ever going to get over it. I made a promise to Harry in the hospital that we would get him justice and a mother never breaks a promise to her son.”

READ MORE: Royal Family fire back at Harry and Meghan saying “no-one was approached” for comment over Netflix series

In her sentencing, Mrs Justice Cheema-Grubb paid tribute to the Dunn family. She told Sacoolas: “There is no doubt that the calm and dignified persistence of these parents and family of that young man has led through three years of heartbreak and effort to your appearance before this court and acknowledge your guilt.”

The judge said Mr Dunn’s death was the “highest degree of harm” but added: “I bear in mind this was a short period of driving and you were not familiar with English roads. I accept you feel genuine remorse.”

She told Sacoolas that while she was in the US, the sentence could not be enforced. The mother-of-three was also disqualified from driving for 12 months.

Mr Dunn was killed when Sacoolas drove her Volvo on the wrong side of the road outside US military base RAF Croughton in Northamptonshire on August 27 2019. Outlining the facts, Duncan Atkinson KC said Sacoolas was taking two of her children home from a barbecue at the air base.

Mr Dunn had spent the afternoon with his best friend and was on his way home on his Kawasaki motorbike. Mr Atkinson said: “He was described as being his normal self, happy and joking.”

Sacoolas had driven just 350 metres for some 26 seconds on the wrong side of the road when she crashed into Mr Dunn’s motorbike head on.

The prosecutor said: “Harry Dunn was thrown on the front of the Volvo, then over the vehicle, striking the rear window before coming to rest behind it.

“(The Volvo’s) rear window had been smashed and its airbags had been activated. The motorbike itself had extensive fire damage.”

Afterwards, Sacoolas appeared shocked and distressed, with her head in her hands.

DON’T MISS: Piers Morgan: Harry and Meghan are aiming to “cause irreparable damage” to the monarchy.

She said: “I’ve had a head-on collision with a motorbike. It’s all my fault, I was on the wrong side of the road. I’ve only been here a couple of weeks.”

Mr Dunn was lying injured on the verge at the side of the road and said repeatedly: “Don’t let me die.” He was taken to the John Radcliffe Hospital in Oxford, where he died later that night.

Sacoolas had diplomatic immunity asserted on her behalf by the US government and was able to leave the UK 19 days after the incident.

In October, she appeared in court by video link from the US to plead guilty to causing Mr Dunn’s death by careless driving. Sacoolas wiped away tears as she attend her sentencing on Thursday, remotely, from her lawyer’s office in Washington DC once again.

In mitigation, her lawyer Ben Cooper KC read a statement on her behalf in which she said she was “deeply sorry for the pain I have caused”.

He said Sacoolas had been subjected to death threats via email and telephone and her family had been forced to relocate.

Foreign Secretary James Cleverly said he hoped the judgment in the Anne Sacoolas case “provides some closure” to Harry Dunn’s family and that the Government had “learnt important lessons” around exemptions from diplomatic immunity.