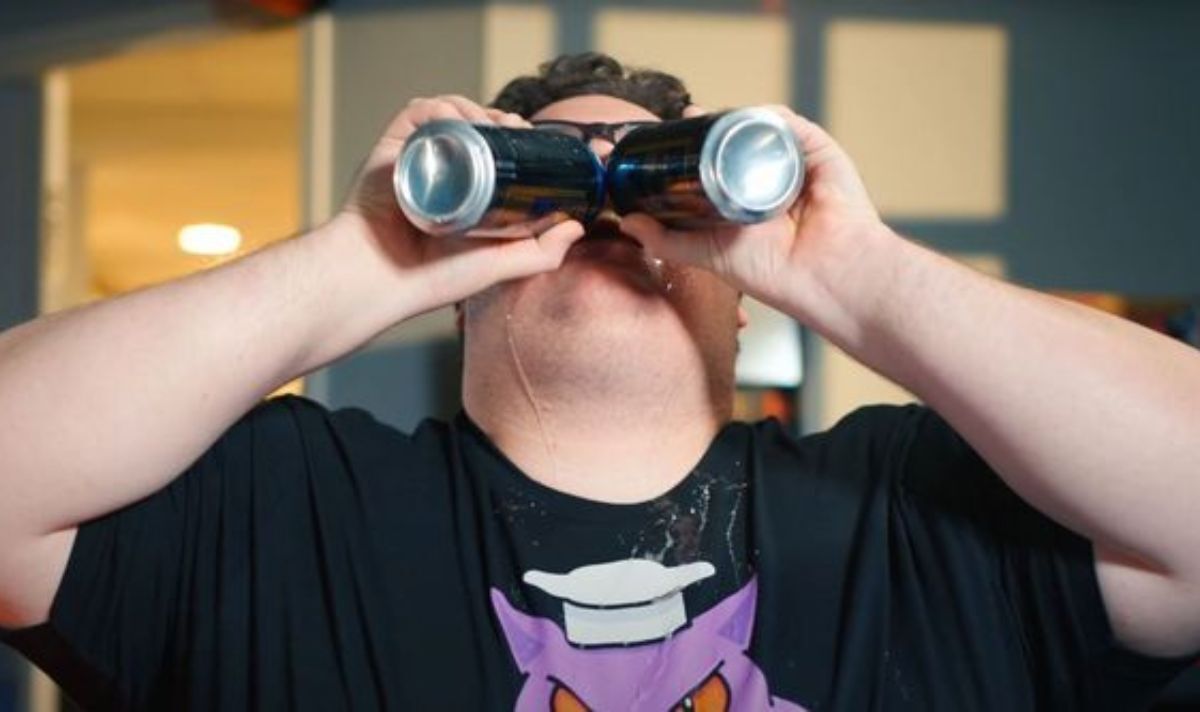 A gamer almost died after drinking 12 cans of energy drinks in ten minutes to impress his colleagues. The 36-year-old’s pancreas had begun “digesting itself” due to the high level of sugar, caffeine and chemicals in the drinks. A doctor who shares stories of patients he and his colleagues via a YouTube video told viewers about “JS”, a lifelong gamer who had always struggled to make friends, the Daily Star reports.

The man in Dr Hsu’s video is an actor dramatising the incident.

According to Dr Bernard Hsu, the clinical pharmacist behind the “ChubbyEmu” channel, JS was at work and attempted a “legendary” dare of downing 12 energy drinks to impress his colleagues.

JS started experiencing heart flutters but wrote these off as caffeine-induced, but he developed back pain, so had a shot of alcohol. JS then threw up in the kitchen sink and began feeling even worse.

The gamer waited for at least a day but after being unable to eat or drink, he ended up admitting himself to A&E at a hospital, where he threw up on a nurse’s shoes.

He did not initially admit to the energy drink prank out of embarrassment.

Doctors eventually discovered JS had developed acute pancreatitis, whereby his pancreas had begun “digesting itself” due to the high levels of caffeine, sugar and other chemicals in the energy drinks.

According to Dr Hsu, this spiralled out of control quickly, but after a course of antibiotics and treatment, the gamer made a recovery and the incident became a “wake-up call” for him.

Dr Hsu warned people to be careful with their energy drink intake.

“Most people know energy drinks can be dangerous when consumed in huge excess. If you have one once in a while, and you’re young and healthy, it’s probably not a big deal.

“But if you start chugging multiple cans back to back, then bad things are probably going to happen.”

Meanwhile, YouTube commenters took some important lessons from the clip. One user, Jack, said: “A huge lesson to take from many of these videos is to always tell your doctor what you did even if it is embarrassing. Feeling embarrassed is a lot better than dying or living with severe damage.”